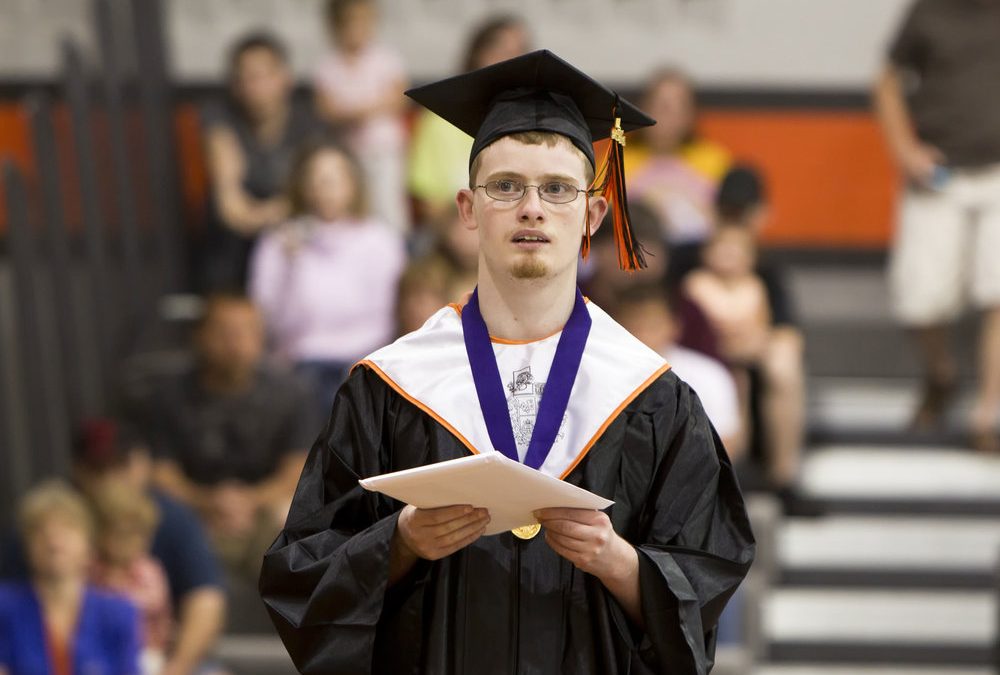 Please register below to join us on March 13, 2021 at 3pm ET for a fundraiser screening of the documentary Deej: Inclusion Shouldn’t be a Lottery.

The screening will be followed by a meet-and-greet with our board member DJ “Deej” Savarese, the co-producer, narrative commentator, and subject of the film. Discussion will focus on ways to highlight and expand the use of self-determination both in cinema and real life.

The film follows DJ over the course of six years (2007-2013) as he completes high school and begins attending Oberlin College as the first alternatively communicating autistic student. Throughout the film, DJ tells his own story through his narrative commentary, his poetry, and his collaboration with Em Cooper and her oil-painted animation. Co-produced by DJ Savarese and Robert Rooy, this film has been praised by The Peabody Awards Committee for “tak[ing] several masterful steps forward in inclusive filmmaking, while using Savarese’s poetry to offer an at-times soulful study of adolescence, leaving home, and becoming an adult.”

You can read DJ Savarese’s bio on our Board of Directors page.

I most certainly don’t have the answers, but I think I bring to the table an optimism, an internal commitment to self-determination and an awareness of the life demands and lived experience of an alternatively communicating, neurodivergent adult. I believe quite passionately that progress can be made if we embrace self-efficacy and interdependence in place of the ableist mirages of self-reliance and independence.

Communication Access Real-Time Translation (CART) will be provided throughout the screening, and the film has audio captioning built-in. ASL will be provided during the live Q&A with DJ Savarese. Please email us if you have additional accessibility needs so we can accommodate them.

This screening is being offered to support  advancing self-direction, and all ticket proceeds will benefit the Alliance for Citizen Directed Supports’ work.

You can also support our work by becoming a member today. Members gain free admission to future webinars.